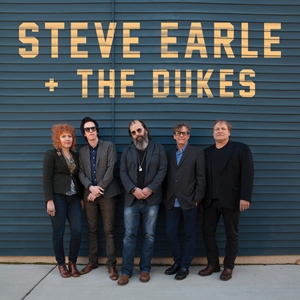 Three-time Grammy Award-winning singer-songwriter Steve Earle and his band The Dukes are gearing up for their North American tour which will include a date at Hard Rock Casino Vancouver on Sunday, August 30, 2015.

A protégé of legendary songwriters Townes Van Zandt and Guy Clark, Earle quickly became a master storyteller in his own right with his songs being recorded by such artists as Johnny Cash, Willie Nelson, Emmylou Harris, Waylon Jennings and The Pretenders. His debut album, Guitar Town was released in 1986 and featured the title song along with “Goodbye’s All We Got Left”. The album quickly shot to #1 on Billboard’s Country Albums chart and immediately established the term, “New Country”.

Earle went on to release additional albums including Copperhead Road (1988), Train a Comin’ (1995), Jerusalem (2002) and the Grammy Award-winning albums, The Revolution Starts … Now (2004), Washington Square Serenade (2007) and Townes (2009). Just this past February, he released his new album, Terraplane which he recorded with The Dukes at House of Blues Studio D in Nashville. The critically acclaimed Texas blues album debuted at #39 on the Billboard 200 while hitting #1 on Billboard’s Top Blues Albums chart.