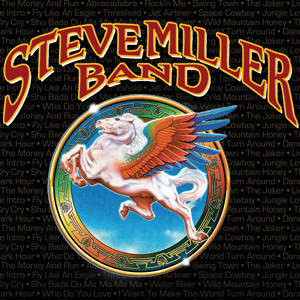 One of rock music’s all-time greats, the Steve Miller Band – who have sold over 30 million records in a career spanning five decades – will be bringing their 2014 Canadian Tour to the Hard Rock Casino Vancouver on Saturday, April 12.

Famous for their sleek blues-rock style, their hits include such Multi-Platinum classics as “Living in the USA”, “The Joker”, “Rock’n Me”, “Fly Like an Eagle”, “Jet Airliner”, “Jungle Love”, “Swingtown” and “Abracadabra”. Their most recent album, Let Your Hair Down was released in 2011 and shines with some of the finest guitar playing that Steve Miller has ever recorded. Currently at the peak of his performing powers, Miller and his band continue to be one of the top concert attractions on the road.