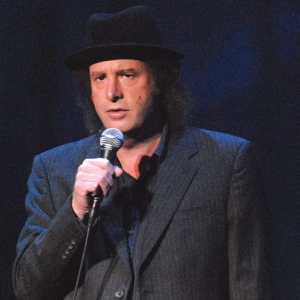 Comedian Steven Wright will be bringing his hilariously unique brand of stand-up to Hard Rock Casino Vancouver on Saturday, January 9, 2016.

It was in 1982 when Wright got his big break after being booked for his first television appearance on
NBC’s The Tonight Show Starring Johnny Carson. Carson enjoyed Wright’s performance so much that he invited him to return the following week. His back-to-back appearances helped put his fledgling career into high gear. The comic soon found himself performing his offbeat routines on Saturday Night Live and Late Night with David Letterman along with numerous trips back to The Tonight Show.

Wright expanded his career to include comedy albums along with film and television appearances. His 1986 debut album, I Have A Pony earned him a Grammy nomination. In 1988, he starred in his first HBO special, On Location: Steven Wright and a year later, he was honoured with an Academy Award for “Best Short Film” for his second film, The Appointments of Dennis Jennings in which he starred and co-wrote. In 1990, he completed his second HBO stand-up special, Wicker Chairs and Gravity. His feature film credits include Desperately Seeking Susan, So I Married an Axe Murderer and Oliver Stone’s Natural Born Killers.

Wright remains a popular guest on the late night talk show circuit while continuing to perform to sold-out audiences across North America.