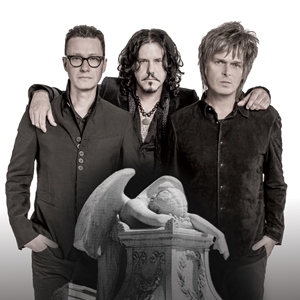 Canadian rock trio The Tea Party will be hitting the road with their just announced national tour which wraps up at Hard Rock Casino Vancouver on Friday, October 2, 2015.

It was in 1990 when The Tea Party was formed in Windsor by Jeff Martin (vocals/guitar), Stuart Chatwood (bass/
keyboards) and Jeff Burrows (drums/percussion). The next year, they released their debut self-titled album through their own label Eternal Discs. They then signed to EMI Music Canada in 1993 and released the album, Splendor Solis which went Double Platinum and went on to be certified Gold in Australia where the band continues to enjoy success.

The tour coincides with Universal Music’s release of the band’s eighth studio album, The Ocean at the End which is their first release since 2004’s Seven Circles. The album – which features the singles, “Water’s On Fire”, “The Black Sea” and “The Ocean at the End” – reached #17 on the Canadian Albums Chart while peaking at #18 on the ARIA Albums Chart in Australia. In addition to touring across the country, The Tea Party is also celebrating the 20th Anniversary of The Edges of Twilight and will be releasing a deluxe remastered CD and remastered LP in the fall.