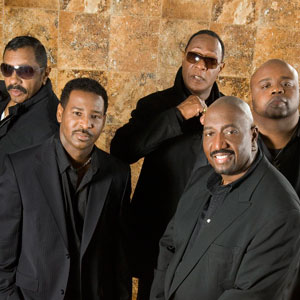 Motown’s most celebrated vocal group, The Temptations will be bringing their timeless classics to the Hard Rock Casino Vancouver on Friday, October 3, 2014.

It was fifty years ago when the Grammy-winning quintet first hit the charts with the release of their 1964 single, “The Way You Do the Things You Do” which was co-written by Smokey Robinson. An avalanche of hits followed including “My Girl”, “Get Ready”, “Beauty Is Only Skin Deep”, “I Wish It Would Rain”, “Cloud Nine” and “I Can’t Get Next to You”. Their hits continued through the 70’s and included “Psychedelic Shack”, “Just My Imagination (Running Away With Me)” and “Papa Was a Rollin’ Stone”.

During the 80’s, they prevailed with such chart-toppers as “Treat Her Like a Lady” and “Lady Soul” followed in the 90’s with several acclaimed albums and a two-part television miniseries which aired on NBC and chronicled the group’s history. In addition to earning three Grammy Awards, The Temptations have also been honoured with the Grammy Lifetime Achievement Award. The current line-up today consists of founding member Otis Williams along with Ron Tyson, Terry Weeks, Joe Herndon and Bruce Williamson.