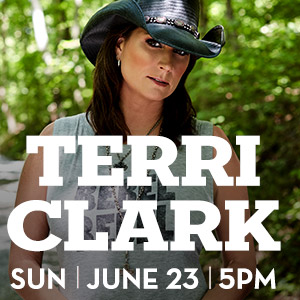 With over 5 million albums sold, critically acclaimed international tours, and hit singles such as “Better Things To Do,” “Poor Poor Pitiful Me,” “Girls Lie Too,” “Northern Girl,” and “I Just Wanna Be Mad,” Terri has solidified her place in the history books of country music.

A Canadian Country Music Hall of Fame inductee and three-time JUNO Award winner, Terri also holds the honor of being the only Canadian female member of the legendary Grand Ole Opry. She has been named CCMA Female Vocalist of the Year five times and has taken home eight CCMA Fan’s Choice Awards; in total, Terri has had the honor of receiving 19 CCMA Awards.

Terri will be hitting The Show Theatre stage, at Hard Rock Casino Vancouver, along with special guests Cross Parallel, on Sunday, June 23, 2019. Tickets are limited and go on sale on Friday, March 1, 2019 with prices starting at $49.50 (plus service charges).