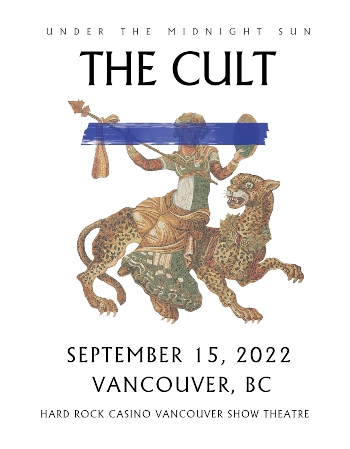 The Cult: Under The Midnight Sun Tour

For more than three decades, The Cult have been instrumental in changing the sound of rock music and along the way attracted thousands of fans around the world.

Details of the tour announced globally this week and on JACK 96.9 come as The Cult reveal details for their 11th album, six years after their last studio release. The 8-song “Under The Midnight Sun” album will be available in early October shortly after the Vancouver show. The lead single “Give Me Mercy” is already out and climbing the charts.

Grab your tickets during our pre-sale beginning Tuesday, July 19 at 10 AM