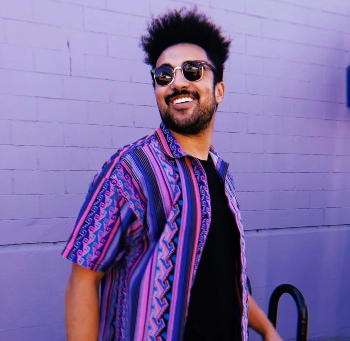 Devon Webber is a Canadian musician from North Vancouver. He entered the Vancouver music scene as the frontman for Redwoods, a high energy rock band, and has been involved in numerous other projects. His musical expertise includes vocals, guitar, bass, drums and piano.

Webber states, “I realized I had a special kind of love for music when I was about 14 years old. Determined to teach myself to play the guitar, I picked one up and haven’t been able to put it down over a decade later. For me it was Angus Young, Jimi Hendrix, Slash and Eddie Van Halen. I heard their guitar solos, tone and energy and was completely captivated. Since then I’ve widened my music library substantially. I listen to all genres of music from Hip Hop to Heavy Metal, and from EDM to Country. I can find something to love in almost any genre.”

Devon Webber is an incredible and gifted musician who is a serious up and comer on the Vancouver music scene. Make sure you come and check him out at The Asylum before his star rises and he is performing at major stadiums world-wide!