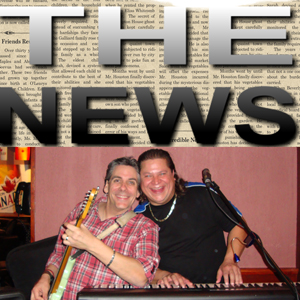 Rob Begg’s tenure in the music industry spans more than 25 years and includes numerous noteworthy episodes. His early years of professional gigging allowed him to gain the experience and technique that earned him a stellar reputation as bassist and singer with popular bands in the Vancouver area.

After spending time touring North America Rob took a break from the road and enrolled at the Musicians Institute of Technology in Los Angeles. His goal was to upgrade his already strong skills and technique, specifically in the area of jazz. During the 2 years that he spent in L.A. studying Rob also worked as a bassist with various pick-up acts that included member of Berlin, The Knack and Tom Petty.

After leaving M.I.T. Rob returned to his hometown of Vancouver, British Columbia and began writing, producing and recording with a variety of musicians. This 15 year adventure included the opening of his own professional recording facility. Rob has produced recordings for acclaimed artists such as Kenny Hess, Ron Irving, Cherelle Jardine and Swedish artist Anders Erickson. Many that have worked with Rob credit his influence as key to their professional growth and commercial success. An ever-increasing list of artists in a variety of musical styles and
backgrounds seek his talents and experience as a production outlet for their creative efforts.

During his career as performing artist, producer and engineer Rob has become proficient as a competent mutli-instrumentalist, exhibiting strong skills in guitar, bass, keyboards and drum programming. Despite his consuming interest in the recording arts Rob still has a strong desire to perform and entertain, which he does whenever the opportunity arises.