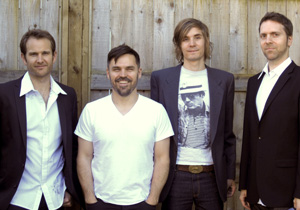 THE ROOMMATES have been working in the Vancouver scene since their inception in late 2010. They are most notably known as the house band for Granville Street venue JOE’S APARTMENT, and popular Polish hotel bar SOMEPLACE ELSE.

Drawing from a diverse range of influences such as Country, Alternative Rock, Classic Rock and Britpop, THE ROOMMATES have been known to strike a special chord with their audiences by playing almost any request while figuring out a way to make it their own. In addition to this, THE ROOMMATES are known for having FOUR (yes, FOUR!) lead singers, ensuring every band member gets a chance to make the audience fall in love all over again with the best (and worst) songs ever written.

When they’re not working the cover scene in Vancouver or travelling abroad, each member of THE ROOMMATES writes, records and performs their own material.