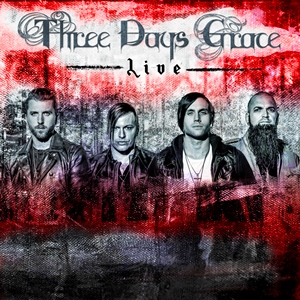 Chart-topping Canadian rockers Three Days Grace will be hitting the road with their just announced national tour which will include a one-night performance at Hard Rock Casino Vancouver on Saturday, August 15, 2015.

Formed in Norwood, Ontario, Three Days Grace first catapulted on to the scene in 2003 with the release of their debut self-titled album. Both Three Days Grace and their follow-up album, One-X (2006) were certified Platinum in the US and Double Platinum in Canada while their third album, Life Starts Now (2009) went Gold in the US and Platinum in Canada. Their fourth album, Transit of Venus (2012) entered at #5 on the Billboard 200 and reached #1 on Billboard’s Hard Rock Albums chart. The band’s catalogue of hits include “I Hate Everything About You”, “Just Like You”, “Home”, “Animal I Have Become”, “Pain”, “Never Too Late”, “Break”, “The Good Life”, “World So Cold”, “Chalk Outline”, “The High Road” and “Misery Loves Company”.

The tour coincides with the release of their fifth album, Human which along with original members guitarist Barry Stock, bassist Brad Walst and drummer Neil Sanderson features Brad’s younger brother, Matt Walst as the band’s new frontman. The album – which spawned the hit singles, “Painkiller”, “I Am Machine” and “Human Race” – debuted at #1 on Billboard’s Hard Rock Albums chart and at #16 on the Billboard 200 while reaching #2 on the Canadian Albums Chart. Their upcoming coast-to-coast foray will be the band’s first full cross-country tour in six years and will welcome Kelowna’s The Wild as special guest exclusively for the Vancouver date.