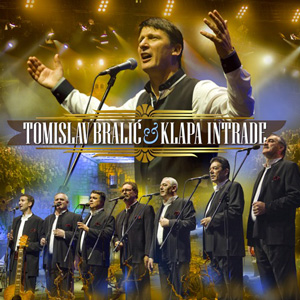 Over the decades Tomislav Bralic & Klapa Intrade certainly became one of the most popular Croatian music groups. From the one of the most awarded a’cappella groups in 90’s, to “mega stars” delivering breathtaking performances in sold-out arenas and stadiums! Their international performances include multiple visits to: USA, Australia, Canada, Austria, Belgium, Switzerland, Czech Republic, Slovenia, Germany, Ukraine, Bosnia, and Italy. During their second visit to the USA & Canada, they will showcase their unique talent that stays true to the core of Croatian culture and heritage.