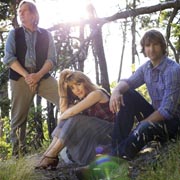 Whiskey Jane has had a remarkable career to date. Four time BCCMA nominated group, WCMA nominated album of the year, CCMA New Talent and Songwriter showcase., 5 singles released to Radio, Television appearances, Performance during the Olympics with Our Lady peace and The Arkells, Opening slot with Terri Clark, Sharing the stage with such performers as Dan Hill, Patricia Conroy, Sue Medley, Bill Henderson, Aaron Pritchett. The Higgins and One more Girl to name a few. All this and a tour of China which met with rave reviews.

The band has always prided itself on its live performances giving the audience what they want; Big Vocals, Big Guitars, Big Drums and Big Songs to fill your head.
Always approachable, the band is also proud of their humble beginnings in the clubs, building and nurturing their relationship with their fans making them one of the most popular and in demand bands on the West Coast. Some featured performances include Merrit Mountain Music Festival, Calgary Stampede, Mission Riverfest, Cloverdale Rodeo, Richmond Ozone Olympic site 2010 and many others.

Featuring Natalye Vivian on lead vocals, Kirby Kaye on guitars, Bass, Banjo, Mandolin and vocals and Rafe Haines on drums/vocals; the group combined their experience and talent to produce the Whiskey Jane sound.

Their debut album entitled ‘Things left Unsaid’ produced Four singles all charting well on Canadian radio with the hit single ‘Summertime’ reaching #23 on JRFM in Vancouver.
The Band also contributed a song for Jaydee Bixby’s debut album “Guitars and Cadillacs” resulting in the song “Hard to Love you” written By Natalye Vivian and Kirby Kaye.

When Rafe Haines was asked about his thoughts on the future of the band, had this to Say.. “We have a clear vision for where we are headed and are excited for what the future will bring for us, starting with the launch of our new record. We look forward to sharing our new music with our fans.”

The band has just released a Brand new single called “All the way” to Country Radio across Canada with an accompanying video from the upcoming album entitled “Unbreakable”. The new album features some of the best performances and songwriting from the band yet.

Natalye Vivian said this about the differences between the first and second albums..
“We put the first album out and sat back thinking ” Wow, now we wait for fame and fortune” …I think the second album shows the growth that the band has gone through in the last two years. We came at it with some education and life experience this time, and I think that’s reflected in the songwriting, production and showmanship. They say that the sophomore album is the hardest and I have to agree. You put your heart and soul into the first, then you have to go back and look for what’s left for the second. This album wasn’t easy to do…we dug deep and made a lot of mistakes, some turned into wonderful music and some ended up on the studio floor! But that’s the reason I love it so much….it’s a true labor of love.”

And finally Kirby Kaye had this to say about how the band thinks.
“We’ve been doing this for a long time now. To the point where we walk into the studio or onstage and we know what each of us is going to do. We feed off each other and it adds fuel to the fire which makes for some great songs.
We love the writing and recording process and we are really excited about this new record. I almost can’t wait to get started on the third one.”

Whiskey Jane will be touring to support the new record so keep an eye out to see this Amazing group.