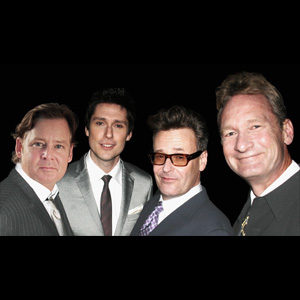 Due to overwhelming demand, Hard Rock Casino Vancouver has scheduled an additional show for Whose Live Anyway? on Thursday, February 19, 2015.

The critically-acclaimed improv comedy show features actor-comedian Ryan Stiles (The Drew Carey Show & Two and a Half Men) along with fellow comics Greg Proops, Jeff Davis and Joel Murray. Together they perform many of the hilarious games made famous on their Emmy-nominated TV series, Whose Line Is It Anyway? which aired on ABC from 1998 to 2004 returning to the airwaves in 2013 where it’s currently enjoying its second season on The CW.