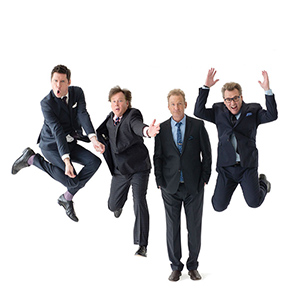 The critically-acclaimed improv comedy show “Whose Live Anyway?” makes its way back to Hard Rock Casino Vancouver on Thursday, February 20, and Friday, February 21, 2020.

Audience participation is key to the live-stage show, so all ticket holders are encouraged to bring their suggestions and they may even be asked to join the hosts on stage. Tickets go on sale Friday, September 27, 2019, with prices starting at $49.50 (plus service charges).