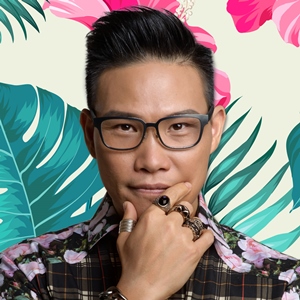 William So Wing Hong started his career in the Entertainment Industry in 1985 after he won the first runner up in the New Talent Singing Awards by performing the Japanese version of Careless Whisper. He released his first solo album “Sleeplessness” in 1989.

William So expanded his market to the Mandarin speaking audience with the release of the album “So Nice” in 1995, which feature one of his most popular love songs “Men shall not let women cry”. He reached another milestone in his career with the one of the top hits of 2011, “Who?”. He also held his sold-out concert in the Hong Kong Coliseum, as well as in Taipei the following year.

William So enjoys collaboration with other artists, including duet with his TV onscreen partner Flora Chan, Singaporean singer songwriter Kit Chan, and with Angela Pang in the Best 1994 duet song “Never Liked Being Alone”. In addition, he also joined force with other male artists and formed “Big Four” and “Band of Brothers”.

William So’s will perform many of his smash hits from his over 30 years in the music industry and he will take the audience down the memory lane during William So CBCF charity concert.

Net proceeds of this concert will be contributed to the Canadian Breast Cancer Foundation.

In addition to his singing career, William So is also an acclaimed actor, with spectacular performances as a lawyer and a doctor, respectively, in The File of Justice and Healing Hands, which he also sings the theme songs and scores for these TV series, including “One day, if I can forget”, “It never happens” and “Do not want to be happy alone”.