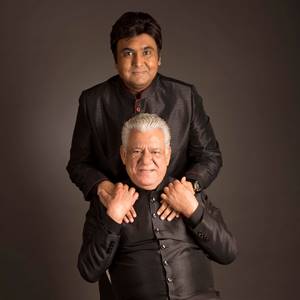 KVP Entertainers will be presenting an incredible homage to India’s finest ghazal singer, Jagjit Singh Ji, and India’s finest actor, Om Puri Ji, with “An Evening of Geet & Ghazal” by Tauseef Akhtar. Narrated by the baritone voice of Kabir Bedi, “YAADEIN: Remembering The Legends” will be coming to the Molson Canadian Theatre at Hard Rock Casino Vancouver on Sunday, March 19, 2017.

Like everyone else, Tauseef, who was nurtured and mentored by Jagjit Singh, was also shattered by the sudden death of his mentor and his homage was the soulful rendition of his own composition, Yaadein. With Yaadein bringing tears to many and evoking much interest, Tauseef decided to pay a tribute to his mentor through the narration of Om Puri.

Acclaimed as India’s first international star, Kabir made his name as a theatre artist and gained popularity in TV serials such as Lost Empire, Dynasty & Magnum PI, among others, while his portrayal of Sandokan gave him a cult status in Italy.