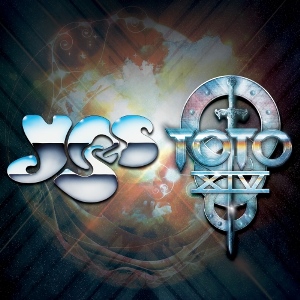 World-renowned rockers Yes and Toto have announced they will be joining forces for a co-headlining North American tour which will wrap up at Hard Rock Casino Vancouver on Saturday, September 12, 2015.

Since its founding in 1968 in London, Yes has sold nearly 40 million albums which featured such chart-toppers as “I’ve Seen All Good People”, “Starship Trooper”, “Roundabout”, “Long Distance Runaround”, “Close to the Edge”, “And You and I” and “Owner of a Lonely Heart”. The Grammy Award-winning band’s most recent album, Heaven & Earth was released last year while this summer, they’ll be releasing a new live CD/DVD set entitled Like It Is.

Formed in 1977 in Los Angeles, Toto remains one of the best-selling music groups of their era having sold over 35 million albums which spawned several hits including “Hold the Line”, “Rosanna” and “Africa”. The band has been honoured with several Grammy Awards and was inducted into the Musicians Hall of Fame in 2009. Just last month, they released their most recent studio album, Toto XIV.